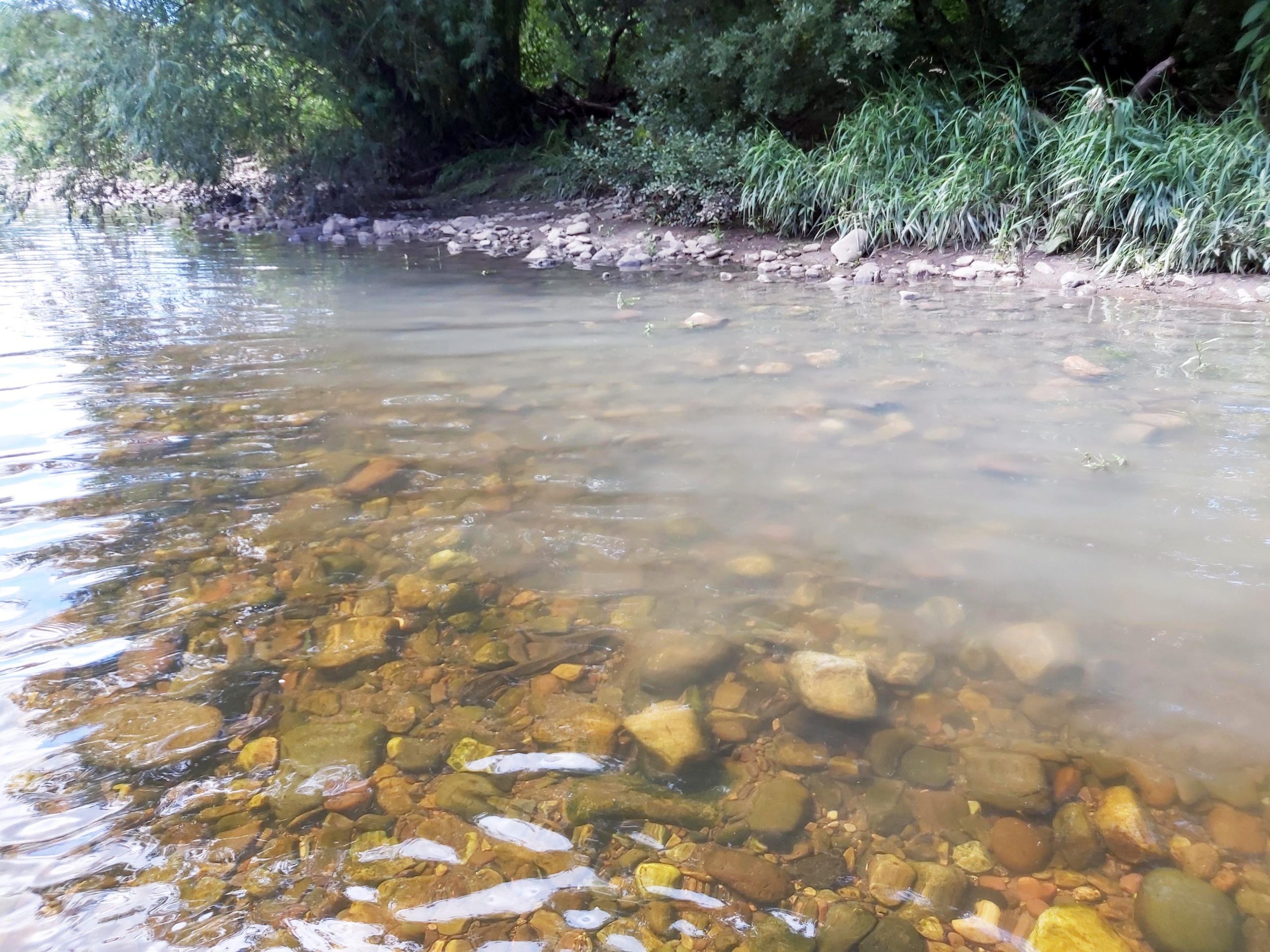 Members of two Welsh angling clubs were dismayed to find yet another episode of raw sewage spilling into the river Tawe at the weekend. The spill happened whilst anglers were in the river and children were in the water up and downstream of an outfall at Trebanos Wastewater Treatment work in the Swansea Valley.

Fish Legal and its member angling clubs have been lobbying Welsh Water and Natural Resources Wales since 2017 to make improvements at the works which regularly discharges ‘storm’ sewage into the river, even in dry weather.  At a meeting with the water company and the environmental regulator in February, Welsh Water committed to surveying infiltration and leakage at the site.  They also bowed to pressure to start testing for pathogens in the river due to health concerns raised by anglers for themselves and other river users at risk of illness from coming into contact with human waste.

Geoff Hardy, Solicitor with Fish Legal said: “The last time untreated sewage discharged into the river was in March and it took three months to obtain any sort of explanation from Natural Resources Wales about why it had happened.  The regulator had the chance to impose more stringent conditions on the environmental permit for the works in 2018 but chose not to.  Since then, unconsented spills have continued and Welsh Water haven’t faced any enforcement action.  We will keep the pressure on to secure improvement so that this sort of episode is no longer considered routine”.

Mike Oliver of Mond Angling Society, one of the two clubs affected said:“Like all local anglers I’m hugely disappointed that we have had yet another pollution incident and wonder just when they are going to stop.  These discharges of raw sewage into a river used by the local community are just not acceptable in the 21st Century.”

He added: “When the Welsh Government imposed a byelaw introducing mandatory catch and release of salmon and sea trout in Wales in 2019 due to concerns about their dwindling numbers, they gave assurances that they would tackle pollution and take “robust enforcement”.  There is no sign of Natural Resources Wales doing either of those things in this case.”