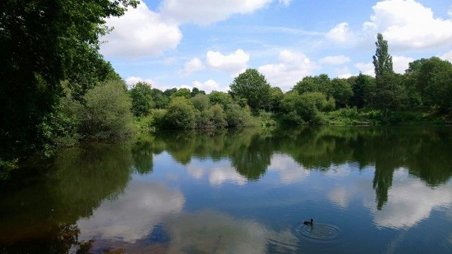 Anglers have reacted with dismay to the Environment Agency’s decision to step back from tackling the pollution of Whitley Pool in Cheshire.

The fishing lake, which is owned by Lymm Angling Club, suffered a series of recent catastrophic fish kills following heavy rain which washed pollution from nearby land into the lake.

At one stage the Environment Agency thought that it had detected hydrogen cyanide and advised its fisheries officers not to attend the fishery – without warning the club. But it later “rescinded” its internal advice not to visit the pool.

The pool, which is in the village of Whitley close to houses and a village school, is adjacent to two former landfill sites. It is thought that pollutants from at least one of the capped sites find their way into the pool and groundwater when it rains.

Cheshire West and Chester Council, whose regulatory team is investigating the source and profile of the chemicals polluting the lake, currently owns one of the sites. However, no one knows what kind of waste was dumped there.

Up to now, neither of the sites has been designated as contaminated land under the Environmental Protection Act 1990 and there is uncertainty over what will be done to contain the contamination and prevent further pollution.

The Environment Agency has said that it is exercising its “discretion…bearing in mind the financial and resource constraints that we work under…in the absence of any enforceable permit and given the particular circumstances of this impact, we consider the matter to be a civil one between the relevant parties…”

Lymm Angling Club’s Chairman Neil Boaz said: “We have had little support from the Agency or even any advice on what to do or whether it is safe to fish. They even refused to come to a meeting we arranged with the council.”

Justin Neal, solicitor at Fish Legal representing the club, added: “This is a lake where fish can barely survive because the water is so poisoned. The Environment Agency says that it can only act where there is an environmental permit which is plainly wrong; pollution without a permit is unlawful.

“The EA needs to press for full investigation and for whichever of the sites is causing the pollution to be designated as contaminated land and then must consider how further damage to the groundwater and the lake can be prevented. This is clearly not just a matter between private individuals. The regulator needs to step in. That is exactly what the law on this was designed to cover.”